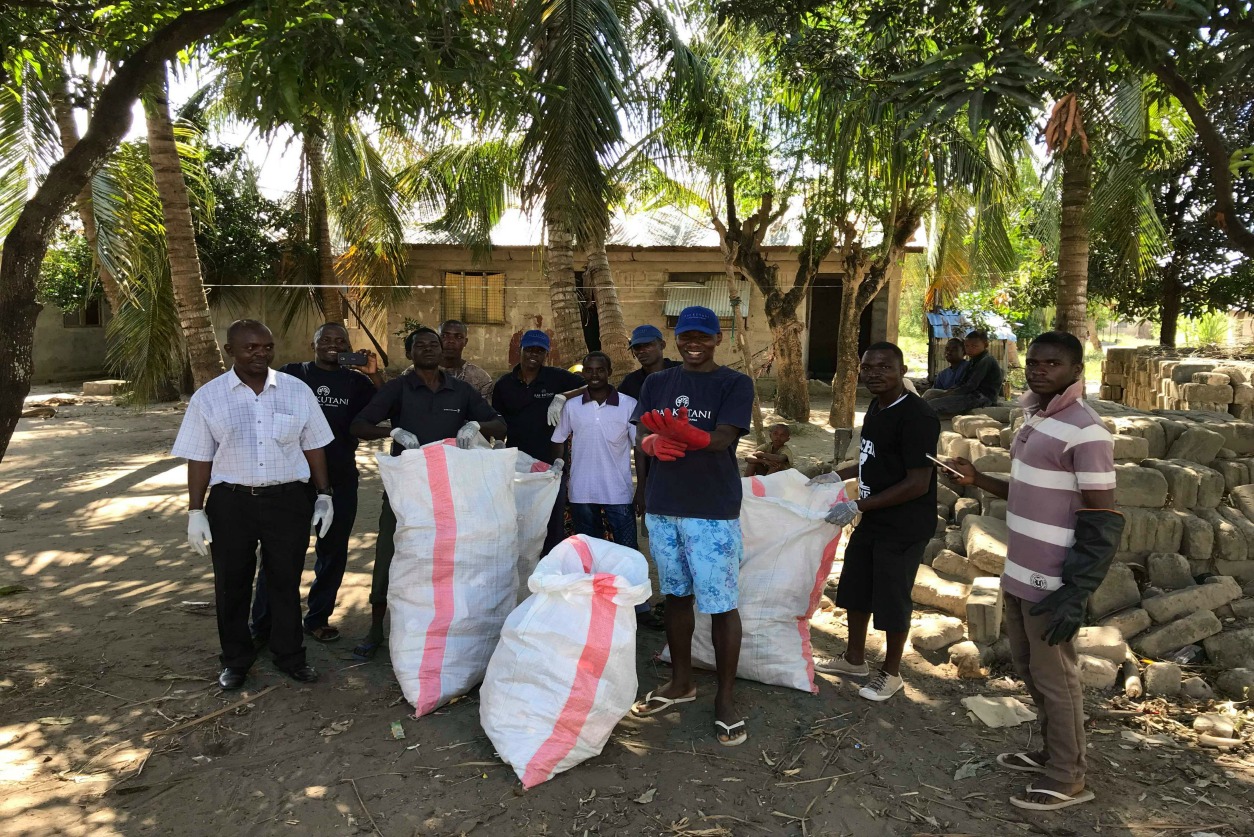 On Saturday 15th September an estimated 13 million people, from 155 countries around the world hit the streets, the countryside, the highways, the city centres, the beaches and the forests to pick up rubbish. In our remote part of Tanzania, four teams downed their binoculars, spatulas and computers to help clean up our local communities.

7 members of the Ras Kutani team went to the nearby village, Kichangani to go and collect taka taka (the swahili word for waste). We had contacted the chairman to let him know we were coming and to organize more people to help us. Young and old joined our effort and it was a great success; we collected 11 big bags full of waste.

Some people of the village created a group that will get together every week to collect waste in the village and on the beach. Long may that continue!

Thee 1 hour drive between Siwandu and Mloka took a little longer than usual (a pack of wild dogs blockaded the road!) but the 10 man team soon stepped onto the dusty streets of Mloka, garbage bags at the ready. At first we got a few laughs from the locals but once they saw how serious we were about cleaning up their village they soon joined in. A few hours and 8 taka-taka filled bags later, the Mloka village we left was a much cleaner village than the one we had drove into that same morning.

Even a remote private island in the Indian Ocean is not unaffected by this global blight. Keeping Fanjove’s white beaches as pristine as nature intended is sadly an ongoing task, but on Saturday - knowing that the rest of the world was helping -our team there did so with extra focus and meaning.

The Temeke area in Tanzania’s largest city, Dar es Salaam, got a much needed cleanup as well. The never say-die-team of reservationists, accountants, mechanics and tailors hit the streets early morning an collected 9 bags of rubbish in what was probably the most difficult of all the clean-up jobs our teams took part in.

All the taka-taka picked up by our teams will be recycled by our long-time partners in Dar es Salaam.