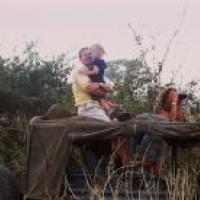 Charles moved to Tanzania in 1985 after growing up in Nairobi and being schooled in both England and USA. His entrepreneurial spirit led him into various ventures including running companies in the motor trade, aviation, leasing and property. However his childhood in Kenya and his passion for conservation led him into tourism and in 1988 he opened his first camp in Selous Game Reserve at the age of 28. The success of the flagship camp encouraged him to develop two more camps on the Southern Circuit – inspired by the virgin, deserted beauty of this forgotten land – please go to our history section to read more of the tales of the camps. To join him on this journey, Charles married Netti in a beautiful ceremony in Selous Game Reserve in 1996. Austrian born and bred, Netti was no stranger to East Africa after spending significant lengths of time in Kenya in her 20s. As well as raising Lara, their daughter, Netti advises as a director in the company, with special attention to decor, sourcing and all those wonderful details which make our camps so special. Guests will often meet them in our camps, but they may also bump into Charles in the air, as he is a pilot for Coastal Aviation. 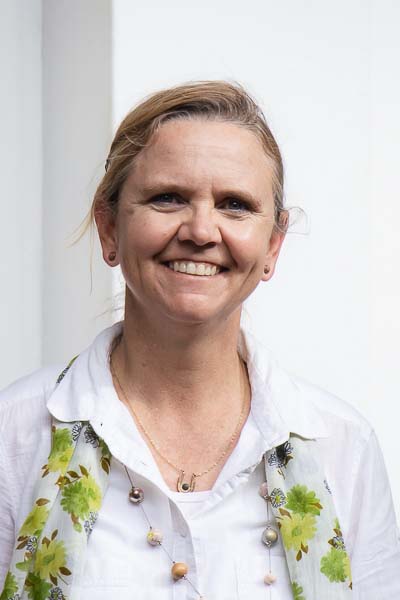 Pietro grew up in both the Eastern and Western Cape, her love for the outdoors prompted her to qualify as an adventure guide in mountaineering and kayaking before moving into lodge and resort management. Her impressive career has taken her from the desert shores of the Namibian Skeleton Coast to the hot tropical waters of Gabon, Sao Tome & Principe and the Congo Basin in West Central Africa. The last few years Pietro worked in East Africa: from Kenya and Tanzania to Malawi. She is a qualified business administrator. She has a talent for skills transference and implementing operating systems. Practical, hands-on experience reinforces Pietro’s ability to develop and operate systems and procedures to adapt to the local challenges and environment. Adding ‘behind the scenes’ value to establishments by implementing tried and tested management systems, procedures, reporting. Pietro passionately explores the continent in between projects with their trusty old Land Rover. 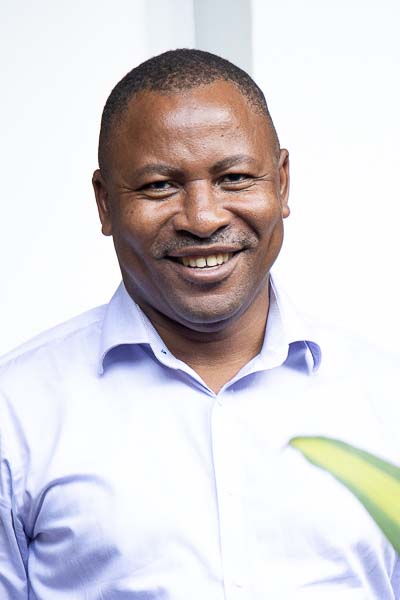 Immediately after his advanced level education, Festus joined Tanzania Breweries Ltd as a Trainee Internal Auditor in 1992. After two years he joined Selous Safari Company as an Assistant Accountant, a position he held for 9years. During which time Festus attended CSP (Certified Supplies Professional) classes at IFM and CBE in Dar es Salaam. These classes enticed him to leave accountancy behind and move on to the world of sales and marketing. With this in mind Festus joined the Selous Safari Company’s reservations department in 2004 where he was able to put what he learnt into practice. Starting as a Reservations Consultant he was then promoted and now manages the whole team. After working for the company for over 20 years Festus still loves his role, he says “Even after all this time I really enjoy getting to know and building relationships with global tour operators and agents, selling once in a lifetime holidays with a competent efficient team - it is incredibly rewarding and satisfying job!” 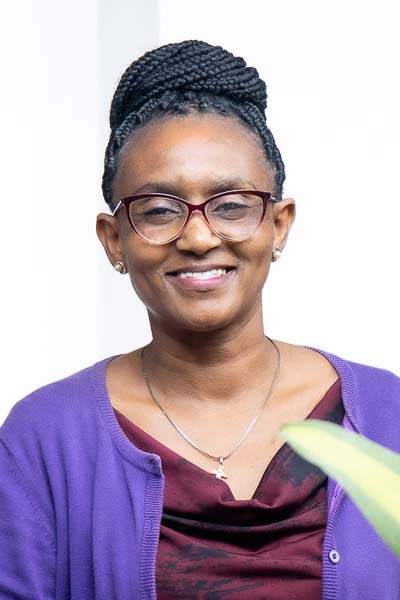 After completing school, Annemiriam joined YMCA Vocational Training School and studied Hotel Management for 2 years, which led her to join the sales team at New Arusha Hotel for three years. Following her time in Arusha, Annemiriam moved to Dar es Salaam and went into further study at the Dar Forodhani Hotel & Tourism Training Institute. Back in Arusha, Annemiriam joined the reception desk at Novotel Mount Meru Hotel for three years during which she embarked on studying for a diploma in sales at College of CBE College of Business, which she completed in 1999. As well as studying for her diploma and pursuing her work in hospitality, Annemiriam got married in 1998 and due to her husband’s career she returned to Dar to work for the SeaCliff Hotel on their front of office desk. After the birth of two daughters and whilst still on maternity leave, Annemiriam studied an Open University course at the Cambridge International College and was rewarded with a diploma in hotel operations & management. In 2007, with her daughters in school and her husband working as a camp manager in Mikumi National Park, Annemiriam joined Selous Safari Company as a reservations consultant. 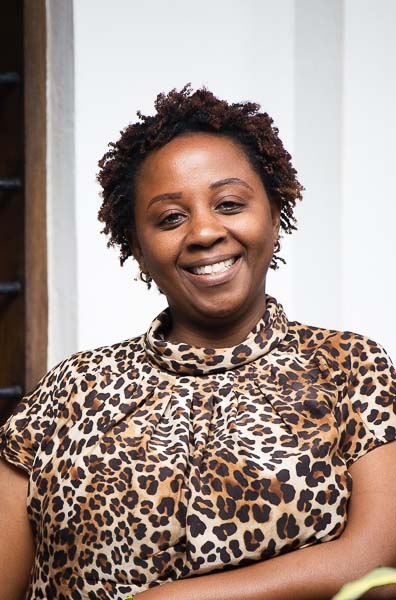 After completing school, Rachel joined Njueni Institute of Hotel and Tourism Management and received a certificate of Tourism and Travel Operation. Following which she proceeded with her studies with a BA Business Administration from St Augustine University. After which she joined a travel company for three years before continuing on with her studies - she received a postgraduate Diploma in Transport and Tourism Management from the National Institute of Transport. From her postgrad Rachel was offered a job as a Transport & Logistics Officer for an internationally renowned Dar es Salaam groundhandler and later was promoted to the Reservation department as Supervisor. She joined Selous Safari Company's reservations department in 2016 and says "my dream came true of working in reservations, I am really looking forward to developing friendships with tour operators and ensuring all guests receive a high standard of service on booking so their holiday goes smoothly". 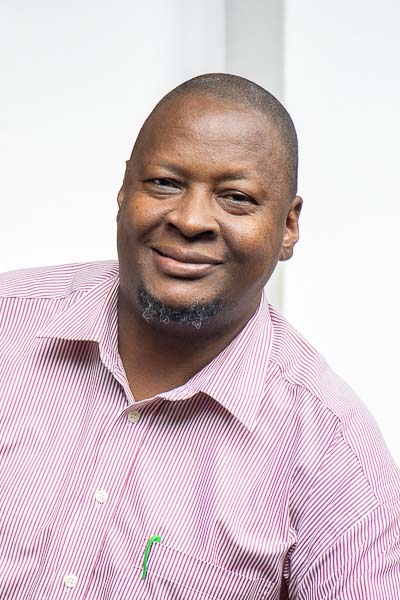 Mathew was born in Nachingwea district in the Lindi Region of Tanzania and he grew up in Dar es Salaam. He achieved his Bachelor of Social Sciences degree in Governance and Political Studies from University of Cape Town in South Africa in 2003. After 15 years work experience in the Human Resources field he joined the Selous Safari Company team in 2021 to head up the Human Resources Department. When Mathew is not working he spends time with his wife and their two sons. Mathew enjoys traveling, keeping up to date with the latest news, watching wildlife documentaries, and to keep fit, likes to go jogging and plays football. 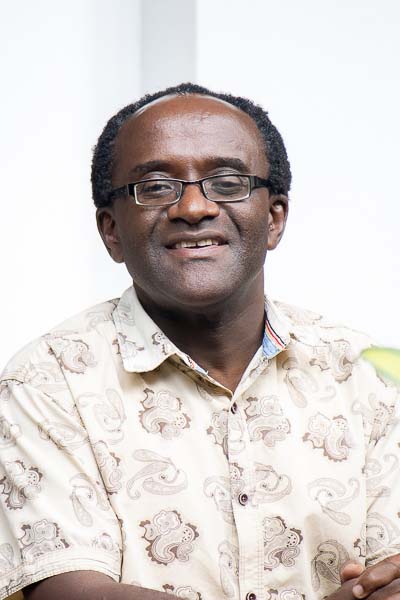 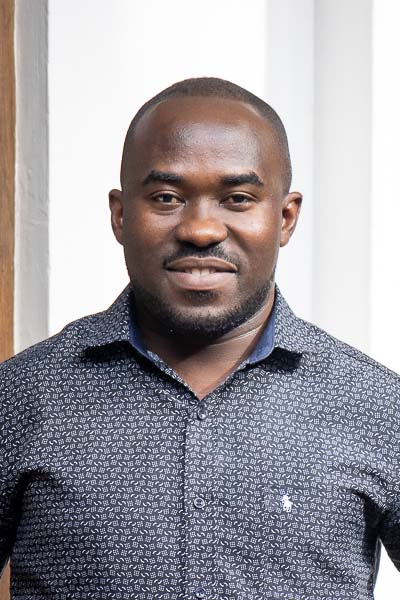 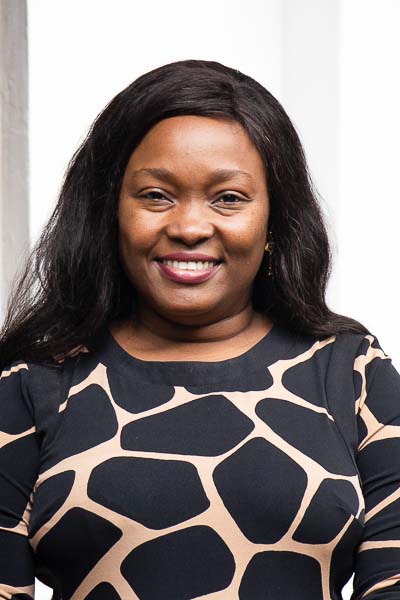 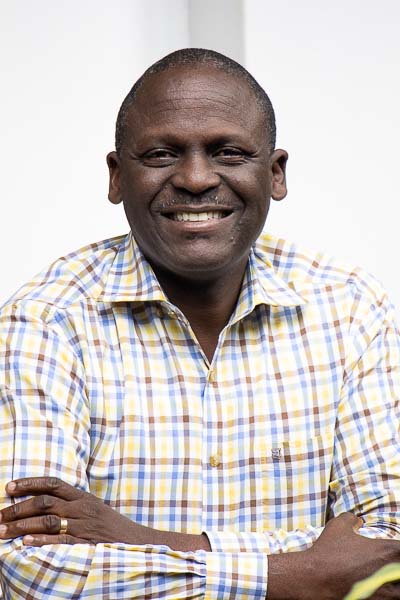 After higher education in 1998, Remmy joined Business Electronic Systems Ltd (Philips Tanzania) as an Accountant, under the supervision of the Chief Accountant his main role was to restructure the inventory systems and setup internal control procedures for the company. In 2001, he moved to SCI Tanzania Ltd, one of the leading IT Solutions companies in Tanzania as an Accountant, he dealt with both local and overseas creditors and helped to set up procurement procedures and an inventory control system. During his 11 years with the company he found a need to balance not only a growing career and his need for more study – he became a Certified Professional Accountant (CPA) but he also got married and had two children. In 2012 he left the IT world for tourism and joined Selous Safari Company as Finance Manager. Remmy loves his new challenge of overseeing a busy accounts department and ensuring not only Head Office but all the remote camps run smoothly – no mean feat! 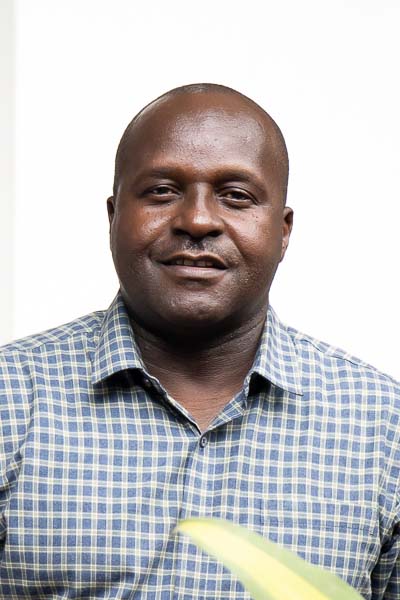 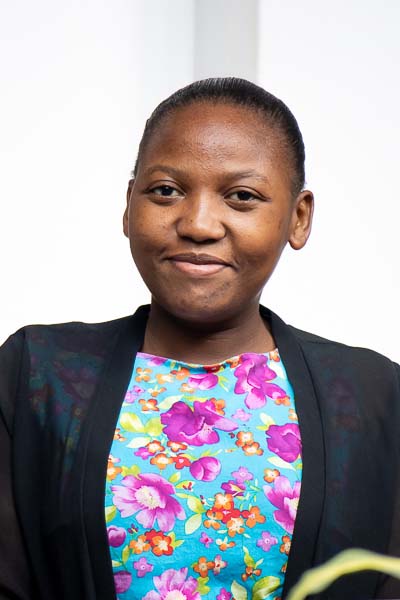 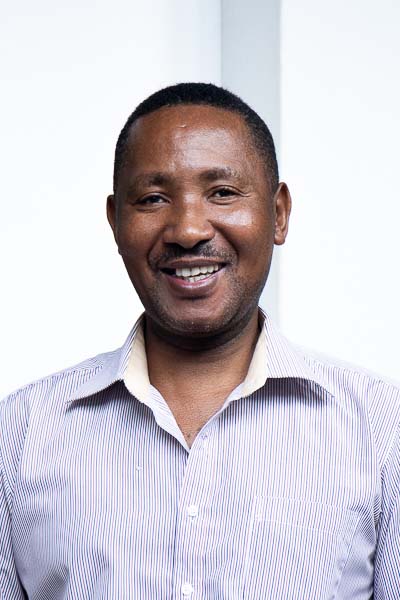 After Salum completed his studies at the Jacaranda Technical College in Mbeya in 1994, he joined Selous Safari Company as Office Attendant. During his time at SSC he received in-house training and was promoted as Office Administrator and Company Secretary in 2002. He worked closely with Company Director Charles Dobie to gain more experience. In 2012 Salum joined Small Business Solutions in the position of Purchasing Manager. During his time here he gained invaluable experience in the purchasing and logistics sector. With this new set of skills he rejoined Selous Safari Company in 2017 in the position of Logistics, Procurement & Purchasing Officer. Salum is passionate about logistics and enjoys working with his suppliers to ensure the best goods and services for the company. 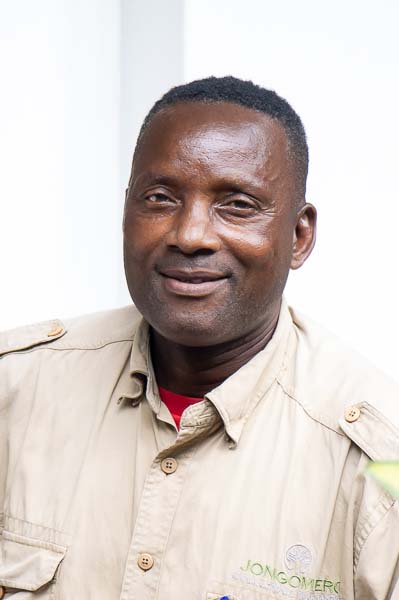 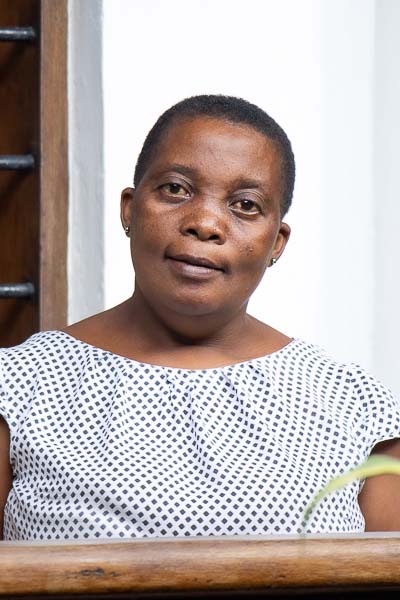 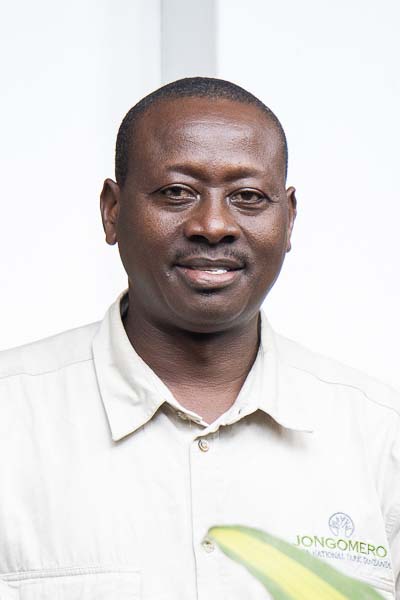 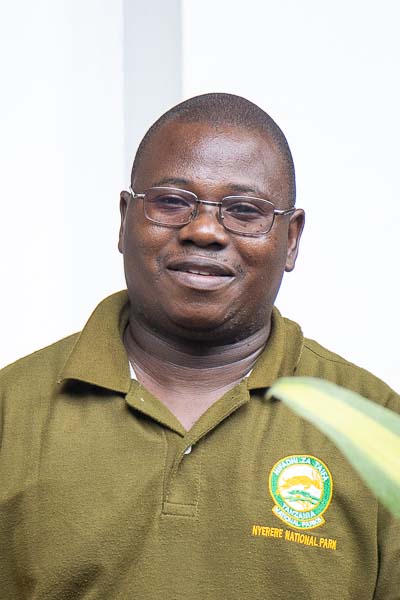 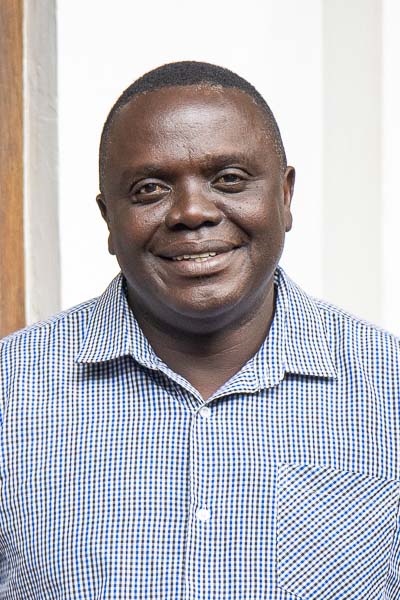 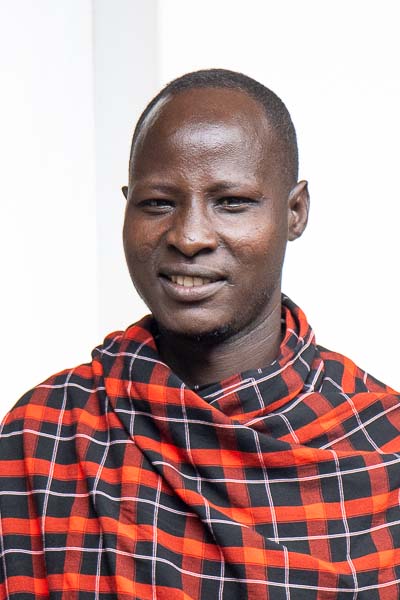 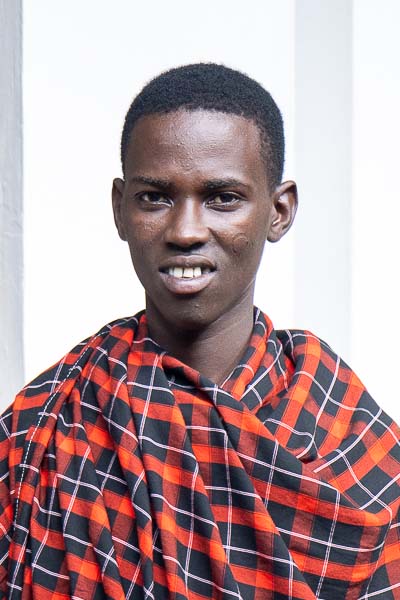